WS Boogie locks in with Eminem, confirming that his new album has officially secured the Slim Shady seal of approval.
Westside Boogie’s 2019 album Everything’s For Sale, his Shady Records debut featuring J.I.D, Eminem, 6LACK, and more, was among the year’s quiet standouts. A contemplative release that showcased the depth of Boogie’s pen game, many have been eagerly awaiting to see where the Compton lyricist goes on his next project.

Now, it would appear that we’re one step closer to the album’s arrival, though a proper release date has yet to be revealed. Yesterday, WS Boogie took to Twitter to share a promising update, confirming that he recently locked in with Shady boss Eminem to talk shop and showcase what he’s been cooking up. After listening to the album, Em went on to give his label signee the seal of approval.

“Got that green light,” notes Boogie, sharing a picture of himself and Em living up to the Shady reputation of “just not giving a fu*k.” Good news all around, and it wouldn’t be surprising to see Boogie move forward with more details in the coming weeks. It’s as of yet unclear as to whether or not Eminem will be appearing on the project, as he previously linked with Boogie on Everything’s For Sale track “Rainy Days.”

Between Boogie’s upcoming body of work and Conway The Machine’s anticipated God Don’t Make Mistakes, it’s looking like 2021 has the potential to be a solid year for Shady Records. We’re looking forward to seeing what Westside Boogie brings to the table, especially in the wake of his steady stream of hard-hitting freestyles. Check out his latest update below, and sound off if you’re excited to see his sophomoric Shady drop in the near future. 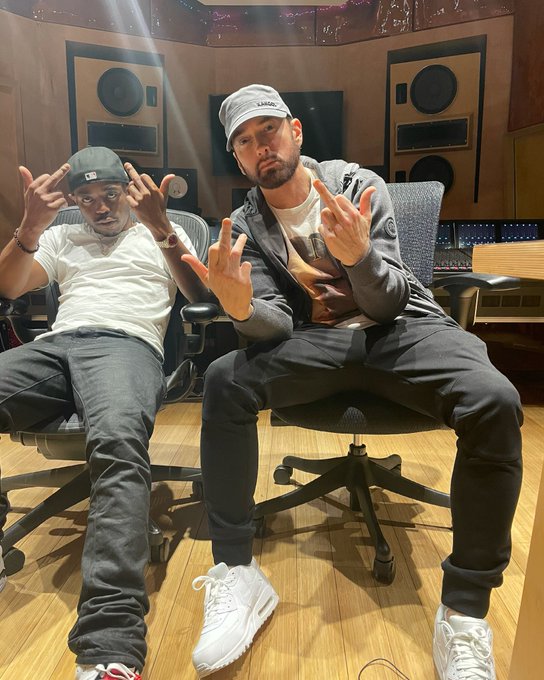