Travis Scott was one of the headliners for Day 1 of Rolling Loud in New York, bringing his ASTROWORLD experience to Citi Field on Saturday.

During his set, Scott was performing “BUTTERFLY EFFECT” when he jumped and landed wrong on his right knee.

and he’s still performing after this.

268 people are talking about this

Later in the performance, Scott said, “I ain’t gonna lie, I think I just broke my knee right now. But this show cannot stop just yet.” He then went into “BYSTANDERS.”

1,348 people are talking about this

Travis Scott says he broke his knee while performing at #RollingLoudNYC, but he’s still raging with one leg 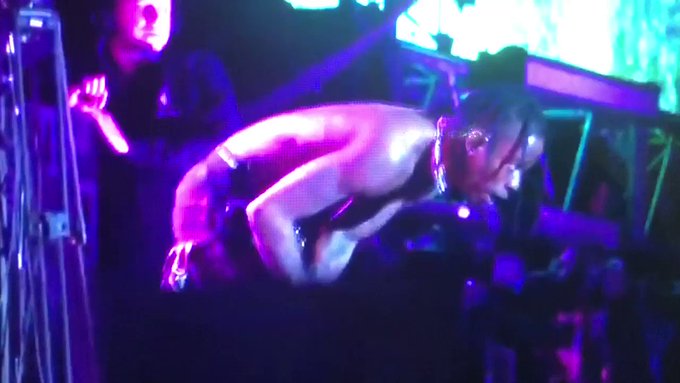 Before closing out the night with “SICKO MODE,” Scott told the crowd that “nothing can ever stop this show.” He was also seen wearing a knee brace.

Quentin Tarantino Mourns Robert Forster, Says Casting Him Was 'One of the Best Choices I've Ever Made'