If you need an extra dose of VH1 reality TV, check out our recap of the Love & Hip-Hop Atlanta series here.

Eager to get his fledgling music career off the ground and step out from his father’s shadow, King is ready to bust out onto the scene in a major way. Sitting down with brother Messiah in the family’s home studio, King shows off his new song “Drip” while waxing lyrical about his upcoming debut live performance.

“I created a bond with this group called Members Only,” says King, unable to conceal his face-splitting grin. “And they asked me if I would like to open up for their show in Atlanta, and I convinced my dad to let me perform at this one show even though he thought I was not ready. But guess what? I’ma prove him wrong.”

After Tip joined in on their conversation and grilled King about his 2-track setlist, it quickly became clear that his reservations about his son’s preparedness were not unfounded. While “Drip” is a complete song in its own right, King’s second track for his set is little more than a verse and a hook.

“This song is not the best song to put out, but it’s a good song to perform,” says King in his own defense.

Unconvinced, Tip then returns to his tried-and-true argument that he’s used on his son for the entire season thus far– he’s far too naive and unprepared to enter the music industry.

“I ain’t finna sit here and just tell you what you want to hear,” says Tip, exercising some tough love. “I’ma tell you all the stuff you need to hear. If you want this shit man, you’re gonna have to really go hard.”

The girls are at it again. Continually obsessed with her post-baby snap back, LeToya convinced Toya once again to accompany her to another get-slim-quick outing. This time, instead of freezing off their fat and surfing their way to skinny beach bods, the girls are opting to complete an Osmotic Wrap session which reportedly burns 900-1800 calories instantly without working out. As the girls were wrapping themselves slim, a smug LeToya clued Toya in on the fact that she and Tommi had thankfully resumed their sex life and yes, there were fireworks.

Giggling throughout the entire conversation, LeToya left no detail behind and even let her friend know about Tommi’s wristband/sweatband attire that he donned in anticipation of his under-the-sheets workout.

“It was worth the wait,” says a smiling LeToya.

Turning the conversation back to Toya, LeToya grills her friend about the ongoing tension between Reginae and YFN Lucci. After dishing that her conversation with her daughter didn’t go as planned, Toya expresses her frustration at not being able to get through to Reginae and show her the red flags that YFN Lucci has been giving off on social media.

“I’m just tryna be real with her about her relationship,” says Toya. “Now that she’s getting older, especially with the Lucci stuff she’s a little more guarded.”

Desperate for a solution, Toya suggests a “relationship bootcamp” for all of the girls, their daughters and their mothers to soothe several fractured relationships spread across the whole group.

One Foot In Front Of The Other

Monica really can’t catch a break lately. In addition to dealing with her imploding personal life, Pa’s medical crisis, the stress of managing her own record label and getting a tour together, Monica is struggling with some pretty serious pain in her feet. Not a good look when her 40-city tour is just four weeks away.

Ready for some answers, Monica heads to a specialist to see exactly how extensive the damage really is. Getting the worst possible news she’s prepared for, Dr. Royster lets her know that she needs to have surgery– soon– to correct the issue with her tendon and joint. If not, the damage that could occur down the line may be irreversible, impacting her career in an very negative way.

Already disheartened, Dr. Royster then lets Monica know that she’s going to be out of commission for a whopping eight weeks of recovery time–an end date that lands smack-dab right in the middle of her tour. Monica really needs to sit down and figure out how to move forward in light of this discovery. Should she reschedule? Go on stage on crutches? Postpone? This is the last thing the “So Gone” singer needs to deal with at the moment.

Thankfully, her mom, always a rock for her daughter, is willing to put aside her own stress with her husband’s heath problems and help with the kids while Monica gets the treatment she needs. It doesn’t end there, as there are also negative consequences when it comes to finances: her team informs her that she could be out of work for 3-6 months due to the surgery, and she would need to dip into her savings to stay afloat.

King’s show is fast-approaching and he’s really feeling the pressure. Getting ready to run through his set with Messiah, when Tiny and Niq Niq offer constructive criticism and advice, King breaks down in tears and gets in a screaming match with his mother.

“Tough love can make you stronger and make you better at what you’re doing,” argues Tiny. “He needs it. He’s very stubborn.” 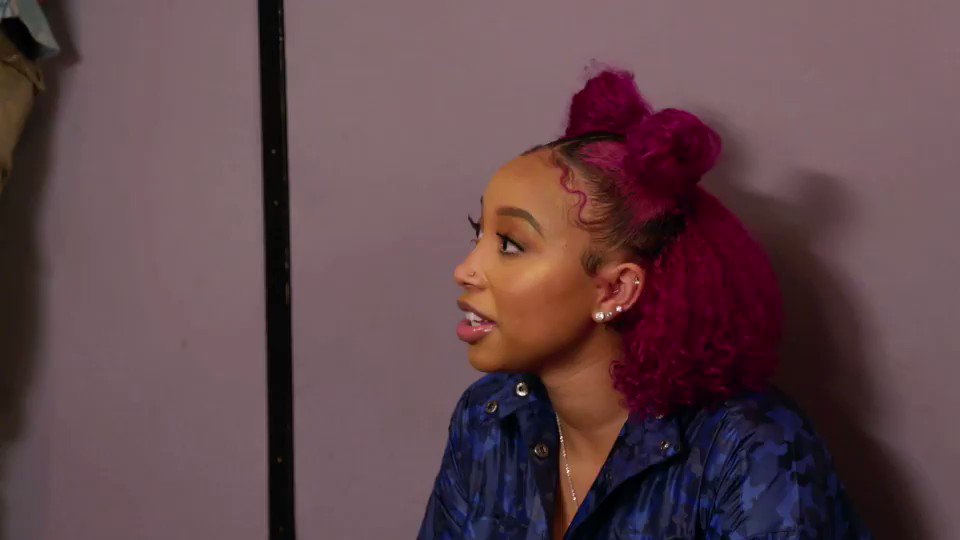 Is Tiny being too hard on King? #FamilyHustle

Whether or not he agrees with his mother’s tough-love lesson about show business, King needs to man up and dry his tears or he’s never going to make it in the dog-eat-dog arena of the music industry.

In order to build the hype for his upcoming debut show, King completes his first-ever radio interview at V-103, the same station that dropped the world premiere of Tip’s first-ever record. Thankfully, the station vibed with King’s “Drip” track, and the teen got a much-needed confidence boost in the wake of his breakdown in the rehearsal room.

“I’m ready for Hollywood and more,” King says to Tip in the car after his radio interview.


Much to everyone’s surprise, King completely kills it on stage and looks completely at home in front of an energetic crowd.

Yeah man,King working da other one!!! Wouldn’t have believed it had I not seen for myself…He was LIT lit 🔥 🔥 🔥 …I must say. Proud to see him following his dreams. Looking forward to witnessing His journey. TUUUUUNNUP King!!!! Rumble young Man Rumble….

After the show, Tip, Tiny, Monica and King’s siblings were all waiting in the wings to shower the up-and-coming rapper with praise.

“Man, King did a kickass job!” says Tip, visibly proud of his son. “If he did this good with this amount of preparation while maintaining his responsibility in school…imagine what he could do if he really, really prepared. He’d be a phenomenon.”

The “trust boot camp” is here, and the women are ready to throw down and let it all out in a controlled environment with a therapist present. “It’s kind of like a counseling session with a therapist,” says Toya, welcoming her friends and family to the event. “Because black people…it’s very taboo for us to do counseling.”

With each separate family heading off for some private time with the therapist, the girls get to the root of what’s bothering them and threatening to create a wedge between the people they are closest with. LeToya and her mother agree to set aside some one-on-one mother-daughter time in order to repair their personal bond, Tiny agrees to soften her tough love approach for the sake of her children, Toya agrees to step back and let Reginae make her own mistakes, and Monica realizes that she can’t be everything to everyone…all of the time.

Breaking down in tears, Monica mentions her ongoing divorce as the straw that’s threatening to break the proverbial camel’s back. 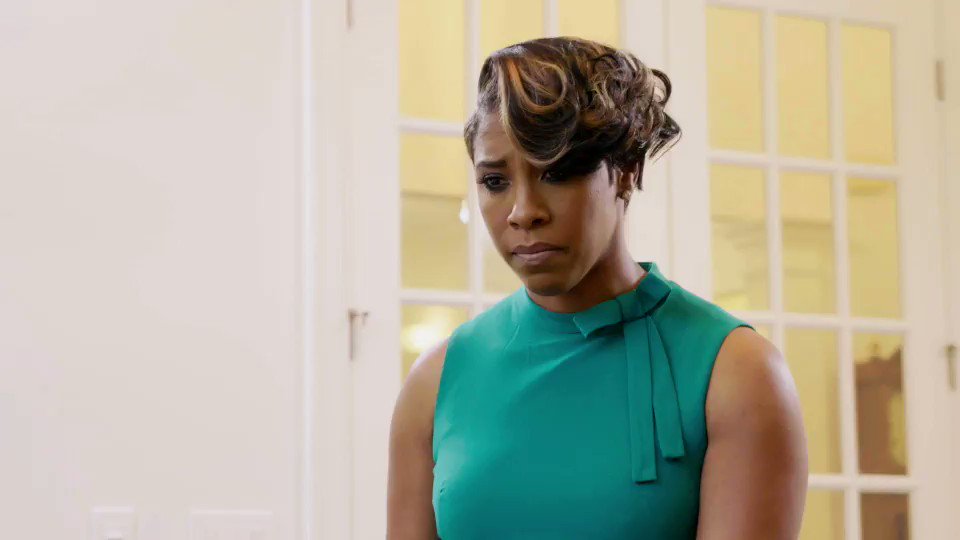 .@MonicaBrown is SO strong and we’re proud of you for sharing your story! #FamilyHustle

“It has not been easy,” says Monica. “My personal relationship is taking a major toll on me. I’m feeling it every day. I’ve been keeping everything to myself and I feel overwhelmed.”

CHAMPIONS LEAGUE !! Lucas Moura Reveals Who Made Him Score Hattrick In Tottenham ’ s 3 – 2 Win Over Ajax