Someone Bought O Block, But It’s Not Lil Durk.

Chicago’s O Block was reportedly sold before Lil Durk could enter a bid.
The affordable Parkway Gardens housing project in Chicago, notoriously known as O Block in the hip-hop community, has reportedly found a buyer and it’s not Lil Durk. Last week, the rapper offered to pay “whatever price” to scoop up the housing project that his close affiliate King Von grew up at. Unfortunately, it doesn’t look like Smurk had a chance to even enter a bid because, according to some reports, the project was immediately sold after the initial news broke.

According to a post from SayCheese Media, O Block will be disbanded and relocated. The buildings have sold and they will reportedly be “developed beautifully and completely out of the price range of most current Woodlawn residents.” A report from All Hip Hop claims that Lil Durk was not the buyer of the housing project, despite him declaring his interest.

It was not publicly revealed who purchased Parkway Gardens.

It will be interesting to see what becomes of the area. Historically, there has been a high rate of gun violence in O Block. However, the buyer clearly has hopes for expanding in the area. With the news that rent prices are likely to shoot up, it’s possible that they will be building new condominiums to justify the increase. 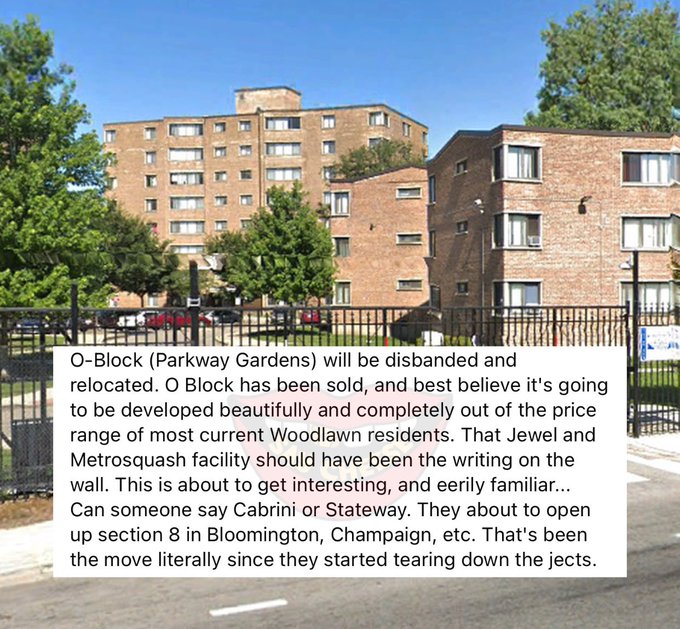 New Hitler Docuseries Alleges He Was Into Incest & S&M