The rapper thinks the young football player made the wrong decision.

Dallas Cowboys defensive end David Irving surprised the sports world after he quit the NFL in what he says is a protest against the league’s anti-marijuana ban. Irving went on social media, lit up a joint, and told the masses that he was retiring from pro football. Just a week following his announcement, the 25-year-old chatted with TMZ Sports, telling them that he’s working on his own strain of marijuana. 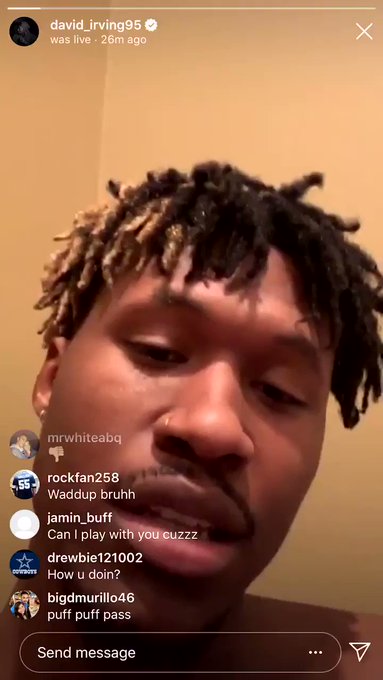 Alright so I guess David Irving is done with football.


“So, basically guys, I quit… I’m outta there. I’m not doing this shit no more.”

Responding to Irving’s decision is Snoop Dogg, who, even as a weed smoking advocate, couldn’t help but come forward to call the young sports player’s decision ill-made. “Athletes aren’t rappers,” Snoop told Stephen A. Smith during a call-in interview. “They aren’t entertainers. We can do whatever we want to do. We don’t have no bosses. We don’t have no commissioners. We don’t have no rules and regulations.”

“But when you sign up for the NFL, there are rules and regulations that have been put in place for over 75 years that you’re not going to change no matter who you are or who you think you are,” Snoop continued. “[Irving], I don’t think that was smart at all…I think he should have kept it lowkey and not put his business out there. It’s not football season as it is so this is the perfect time to be medicating yourself.”

“You’re showing the wrong example because a lot of people like [Irving] worked their whole lives to get to that level, then to get to that level and blow it behind smoking weed? Come on man, you can smoke weed after the game when the season is over with. It’s not that serious.”

Meanwhile, Irving checked in with TMZ once again to respond to Snoop saying it isn’t just about wanting to get high, but for players to have safer ways to treat pain. “I’m pretty sure if I could’ve met with Snoop and let him know exactly what I’m doing, the businesses I’ve set up and the things I’m doing, I’m pretty sure he would say different,” Irving said.