Hundreds of people gathered in Downtown Brooklyn on Friday night to protest against the aggressive policing of the subway system.

About 1,000 demonstrators marched through the main avenues to protest, according to PIX11. “Hands off black kids, NYPD,” said one of the chants. A protester connected the police aggression to law enforcement’s bias against poverty.

Although there were some reported acts of vandalism, no arrests were made in the protests, according to News 12. 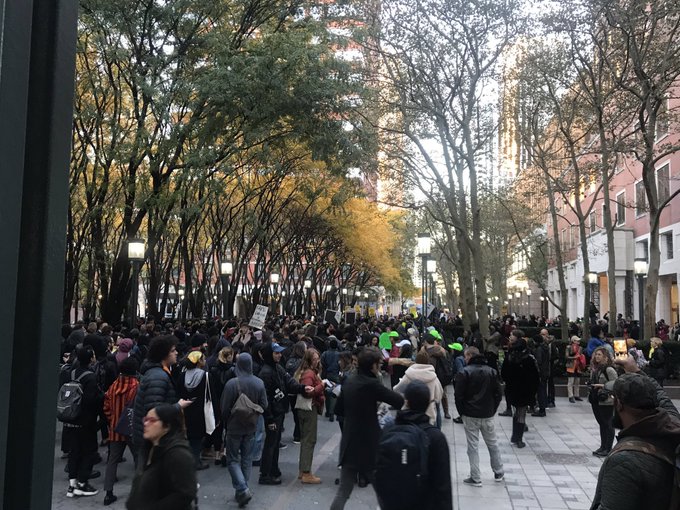 5,678 people are talking about this

Huge protest going on in Brooklyn right now against recent #NYPD violence and the MTA. 49 people are talking about this

One of the videos showed authorities pointing their guns at a young man who was sitting in a packed subway car. The footage has other passengers fleeing as the teen puts his hands in the air and asks someone to call his mom. Moments later, a group of officers stormed the car, threw the teen on the ground, and placed him in cuffs. His crime? He allegedly skipped the MTA’s $2.75 fare.

In case you’re wondering how an arrest in NYC goes down. The guy has made absolutely no indication that he would flee or fight and wasn’t trying to hide.

If you can’t see, the reason everyone moved was because all the police had taken out their guns and aimed at him. 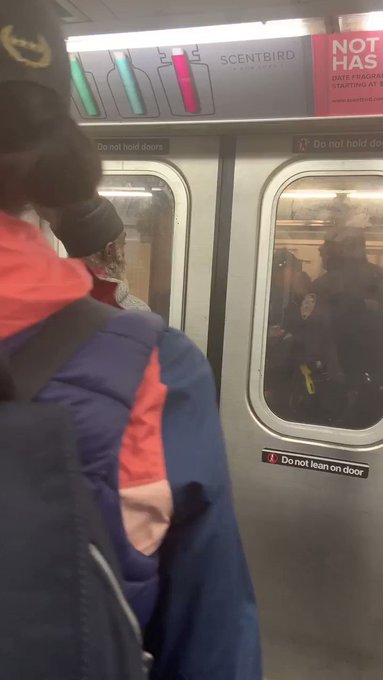 13.1K people are talking about this

Earlier this week, NYPD drew even more outrage over a video of a policeman punching 15-year-old Benjamin Marshall at a downtown station. Officers were responding to a fight, but it isn’t clear if Marshall was involved in the altercation. Marshall wasn’t one of the five teens arrested in relation to melee. His family has since filed a $5 million lawsuit against the city and the police department.

Some ask what preceded this. As an elected that’s a legit question.

Moreso, WHY is a presumably trained @nypdnews officer punching young men (plural) in the face. W/o video there’d be no discussion & @nygovcuomo wants to add police w/ no cameras @ all

I need to know the names and badge numbers of all of these officers who are punching these young Black boys in the face. They are teenagers.

None of this brutality is OK. 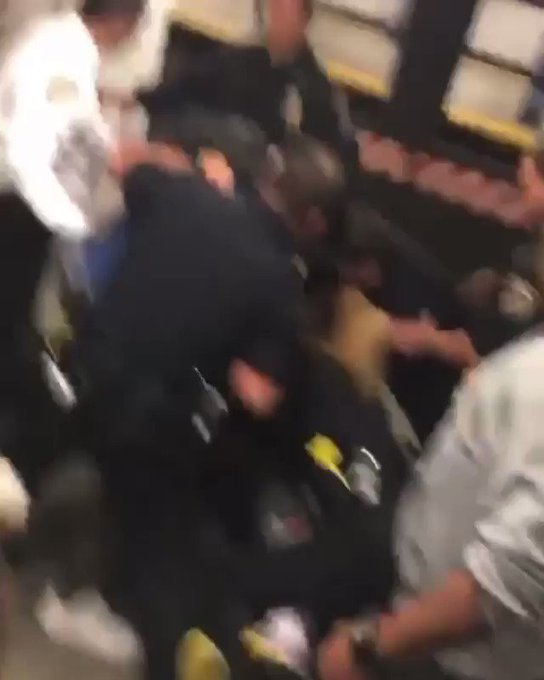