It’s looking like Polo G is officially kicking off his rollout. Not only did the chart-topping rapper recently confirm that his upcoming album Hall Of Fame was one hundred percent finished, but he’s also come through to announce the next single, which appears to feature a guest appearance from the legendary Lil Wayne.

Taking to Twitter to break the news, Polo confirmed that “Gang Gang” will be landing this coming Friday, May 21st, complete with a music video. In addition to sharing a few behind-the-scenes pictures from the shoot, Polo also put forth a picture of himself linked up with Weezy, who is only recently coming off a standout performance on the YMCMB reunion “Seeing Green.” We can only hope that Wayne will continue where he left off on that one, as many fans concluded that he absolutely snapped as he did during his classic mixtape run.

“So Used to Dem Grey Clouds I might fuck around drop the top Inna rain,” captions Polo, alongside the announcement. A likely glimpse into some of the lyrics to come, and it should be interesting to see whether Polo and Weezy opt to go melodic with it or capture that classic emcee spirit. After all, it wasn’t long ago that Polo was marveling at JAY-Z’s recent “Sorry Not Sorry” bars, so perhaps we’ll see him looking to follow suit.

Either way, the wait isn’t too much longer, and “Gang Gang” may very well provide a deeper look into what Hall Of Fame might ultimately sound like. Be sure to sound off if you’re excited to see Lil Wayne and Polo G connecting as collaborators, and stay tuned for the full track and video to land on Friday, May 21st. For more on Polo G’s impact on the hip-hop game, check out our recent analysis Does Polo G’s “RAPSTAR” Video Mark A Paradigm Shift In Hip-Hop Culture? 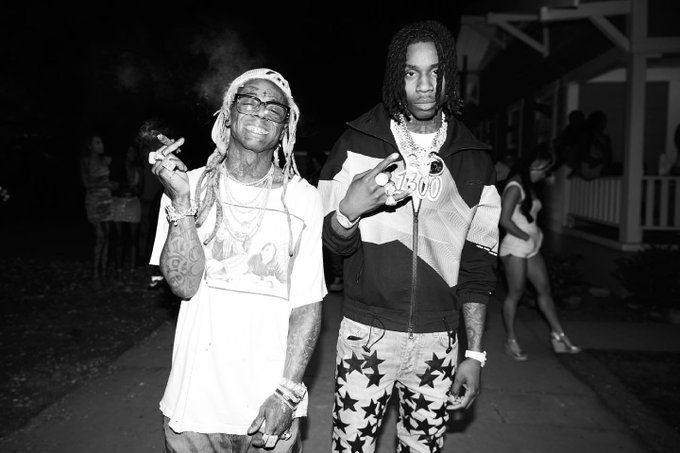