His spokesperson said he “can’t be expected to recognize every R. Kelly track.”

New York City Mayor Bill de Blasio found himself in a pickle after a clip made the rounds online of him flapping along to R. Kelly’s “I Believe I Can Fly.” De Blasio was visiting a church in South Carolina when the choir began their rendition of Kelly’s chart-topping single. Member of the congregation stood for the song, but there were many who refused to participate and remained seated. While standing at the pulpit, the church’s pastor began to wave his arms along to the melody, as if he was flying. Church members followed suit, and de Blasio, seen in the video in the far left corner at the front of the room, swings along to the rhythm.

There isn’t anything controversial about this at all, except that Kelly is facing 10 counts of sexual abuse charges, along with a alleged Federal investigation into sex trafficking and child exploitation. Kelly’s recent investigations have sparked debates on whether it’s appropriate to continue to listen to his music, as there are many fans who believe you can separate a man from the art he creates, but there were critics on social media who didn’t agree. 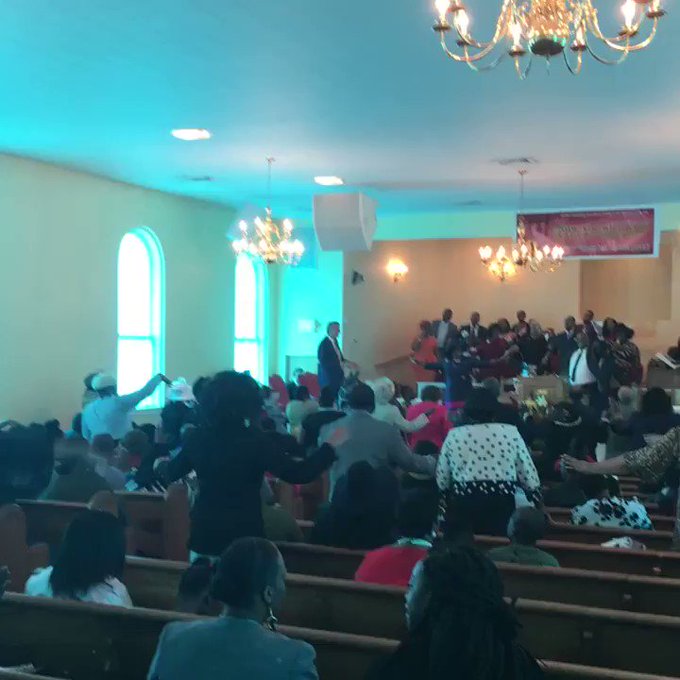 I wonder if the @NYCMayor realizes who sings this song

Courtney Goss, a political reporter for NY1News, tweeted the video with the caption, “I wonder if the @NYCMayor realizes who sings this song.” The mayor’s spokesperson responded to the New York Post in regards to the video circulating online and stated, “The Mayor wasn’t the church’s DJ and he certainly can’t be expected to recognize every R. Kelly track.”

UAM NEWS: OUTCOME OF THE INTERACTIVE SESSION BETWEEN THE UNIVERSITIES MANAGEMENT AND THE STUDENT'S LEADERSHIP – VC SUGGEST DEFERMENT OF SESSION (NO SCHOOL FEE NO EXAMS)

“Alaafin Of Oyo Is Not Just My Lover But Also My History Teacher” Favorite wife, Queen Anu spills