A day after insulting Swae Lee and Future

in a reactionary Tweet, the paper trail has come undone. Lizzo had initially questioned whether Swae Lee or Future should be categorically referred to as “rappers” if she can’t claim the distinction herself.

Certainly, all three individuals have done enough to warrant the designation, with the consensus being: Lizzo’s derision is based on gender bias, and understandably so.

Lizzo: Future and Swae Lee not even all that
Twitter to Lizzo: 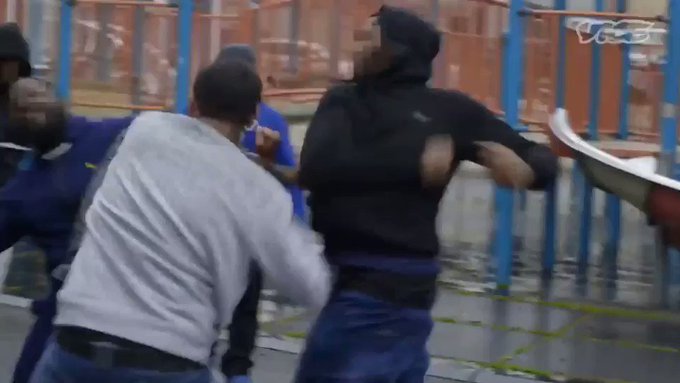 1,076 people are talking about this

On the other hand, she could have chosen a better specimen to run her comparison, as Future for one, is a beloved character in the male-centric forum of rap.

As a consequence of the backlash, Lizzo has taken down the Tweet in question, but not without causing a bluster of in-fighting on social media. Swae Lee and Future have shown up ready to do battle, and so have Lizzo’s supporters, even though she seemingly recanted on her position. 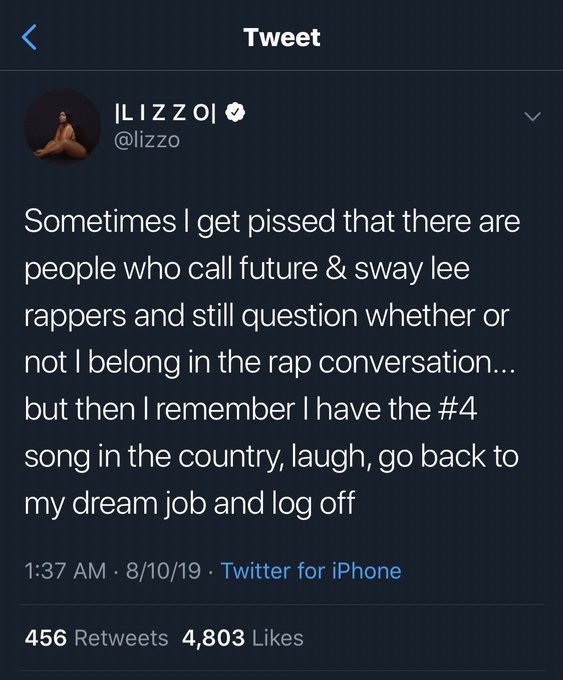 85 people are talking about this

85 people are talking about this

“Sometimes I get pissed that there are people who call future & sway lee (sic) rappers and still question whether or not I belong in the rap conversation…but then I remember I have the #4 song in the country, laugh, go back to my dream job and log-off,” she wrote in the since-deleted post.

Worth noting: Future and Swae Lee aren’t exactly paragons of gender equality, the former, due to his treatment of Ciara and their offspring, following their split. Swae Lee well… he’s just a Hot Boy whose training wheels went unhinged. How do you feel about Lizzo’s remarks, or her decision to do away with the post?