Considering his prominent position in music and popular culture, it is almost hard to believe Lil Nas X has yet to even release a full-length debut album. He kicked off the rollout of the upcoming project with the controversial lead single “Montero (Call Me By Your Name),” which earned Nas a wave of backlash for the satanic imagery used in the visuals associated with the project.

Despite the backlash, the song went on to become the Georgia native’s second number-one single, debuting atop the Billboard Hot 100 chart. It seems like Lil Nas X is ready to launch his next smash hit, announcing on Twitter Monday (May 3) plans to premiere “Montero’s” follow-up single during his upcoming Saturday Night Live appearance.

“Saturday Night Live MONTERO + NEW SONG 5/22,” penned the Grammy-winner on Twitter. He attached an accompanying graphic revealing the show’s co-host as The Queen’s Gambit actress Anya Taylor-Joy. He’s set to hit the stage for the coveted appearance as the final musical guest for the 46th season of the series, which is an overall pretty honorific scheduled performance.

Right now, not much is known about the unreleased, unnamed single Lil Nas X is set to debut. The track is more than likely off his upcoming album tentatively titled Montero with a summer 2021 release planned. 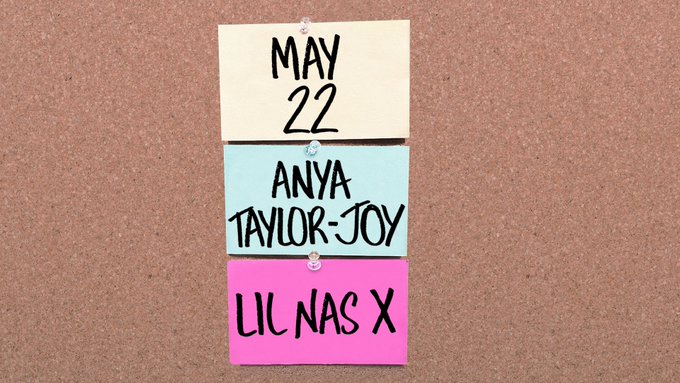 
Aside from debuting the track, it will be the first live performance of “Montero.” It will be intriguing to see how Lil Nas will present a live, PG-version of the suggestive visuals for the track, so let us know if you’ll be tuning in down in the comments.

The United States Is Facing A Chicken Shortage