“After more than a century of fighting for truth and acknowledgment, today the Armenian people received the recognition we have all been hoping and praying for,” Kim wrote. “I’m so proud of my heritage, proud of the Armenian communities and grateful to President Biden for granting every Armenian this day, and this truth.”

“I will continue to honor and remember those we lost every year on this day, but now with the hope that after recognizing the genocide we will never again allow atrocities of the past to be repeated,” she added. “Thank you President Biden for your courage to speak the truths other chose not to.”

Biden formally recognized the genocide, earlier this week, making him the first U.S. President to do so. The move will undoubtedly hurt the political relationship between the U.S. and Turkey.

Turkish Presidency communications director Fahrettin Altun, according to CNN, said that “the Biden administration’s decision to misportray history out with an eye on domestic political calculations is a true misfortune for Turkey-U.S. relations.” 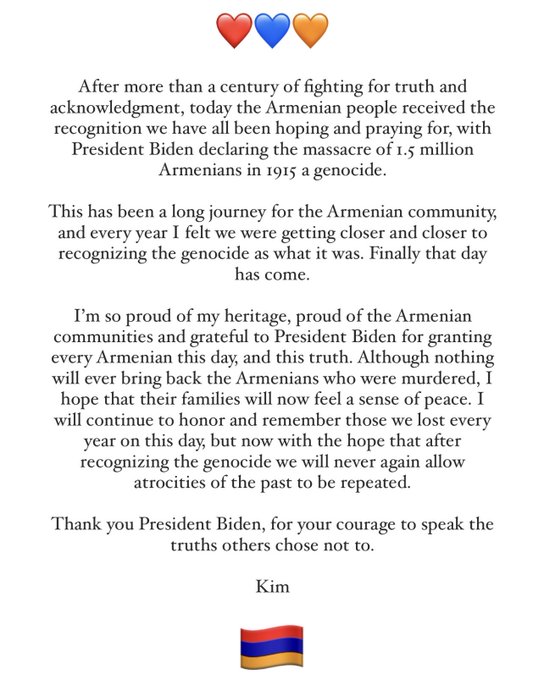 Daniel Kaluuya Thanks Parents For Having Sex In Oscars Acceptance Speech