Tempers boiled over during Wednesday’s game between the Philadelphia 76ers and Minnesota Timberwolves when Karl-Anthony Towns and Joel Embiid turned some poorly thrown punches into a big man wrestling match.

1,253 people are talking about this

Both players were ejected from the game while no one else was punished. However, Ben Simmons wrapped his arm around Towns’ neck.

LOL Ben Simmons choking the life out of Towns 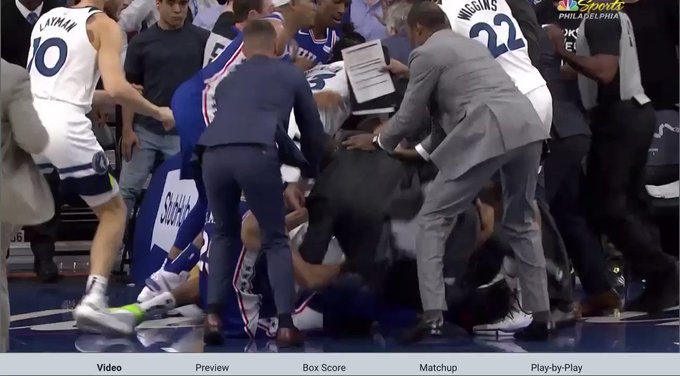 436 people are talking about this

Prior to their wrestling match, it appeared that Embiid and KAT were simply being physical with one another, and nothing more. Apparently not. 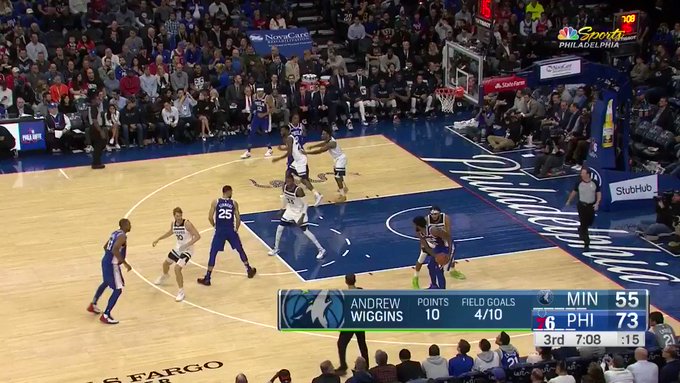 87 people are talking about this

Aside from getting choked out by Simmons, Towns was also given the Oberyn Martell treatment by Embiid during their scuffle. 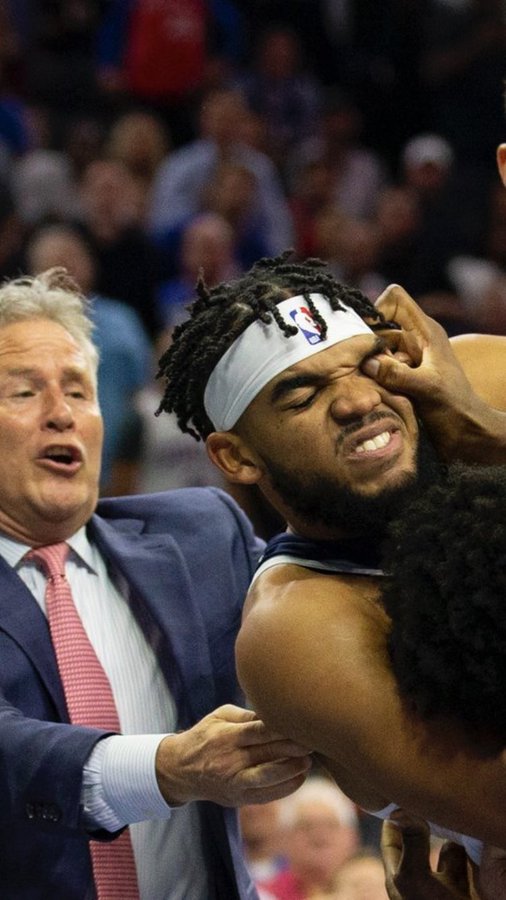 397 people are talking about this

After finding out that he was being tossed, Embiid did a little shadowboxing on the court. Before heading into the tunnel, he stayed for a bit to pump up the crowd.

lmaooo embiid is the GOAT 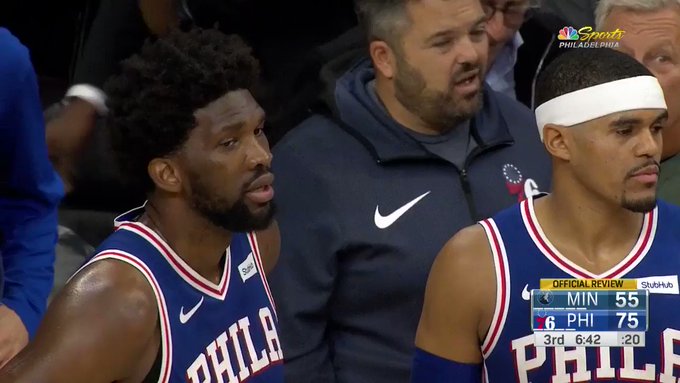 502 people are talking about this

However, if Embiid stuck around any longer, he was going to have a Round 2 with KAT’s mom.

KAT’s mom was ready to go at Embiid 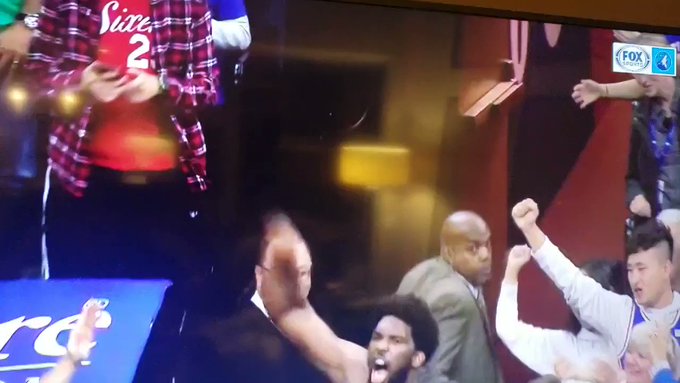 1,032 people are talking about this

Next game for Philadelphia and Minnesota is Saturday. Expect the league office to take a thorough approach on how they access suspensions for Joel Embiid and Karl-Anthony Towns. We are likely looking at multi-games for each.

183 people are talking about this

The 76ers eventually won the game with a final score was 117-95. After his team’s win, Embiid took to IG to address what went down. “Great team win!!!,” Embiid wrote. “I was raised around lions and a cat pulled on me tonight lmao @jimmybutler I missed being part of the 3rd stringers… I got his mom giving middle fingers. That’s some SERIOUS REAL ESTATE #FightNight #IAintNoBitch.”