The winner of the 2020 United States Presidential Election, Joe Biden has sent a strong message to all transgenders (Gays & Lesbians) across America and the world as a whole.

Joe Biden has promised to support and fight for the safety and dignity of Gays and Lesbians across the world once he’s sworn in as the United States President.

The President elect, Joe Biden made this announcement via his official twitter account on Friday, 20th of November, 2020.

According to his words, he wrote;

At least 37 transgender and gender- nonconforming people have been killed this year, most of them Black and Brown transgender women. It’s intolerable. This Transgender Day of Remembrance, we honour their lives – and recommit to the work that remains to the end of this epidemic of violence.

“To transgender and gender- nonconforming people across America and around the world : from the moment I am sworn in as president know that my administration will see you, listen to you, and fight for not only your safety but also the dignity and justice you have been denied,” he tweeted. 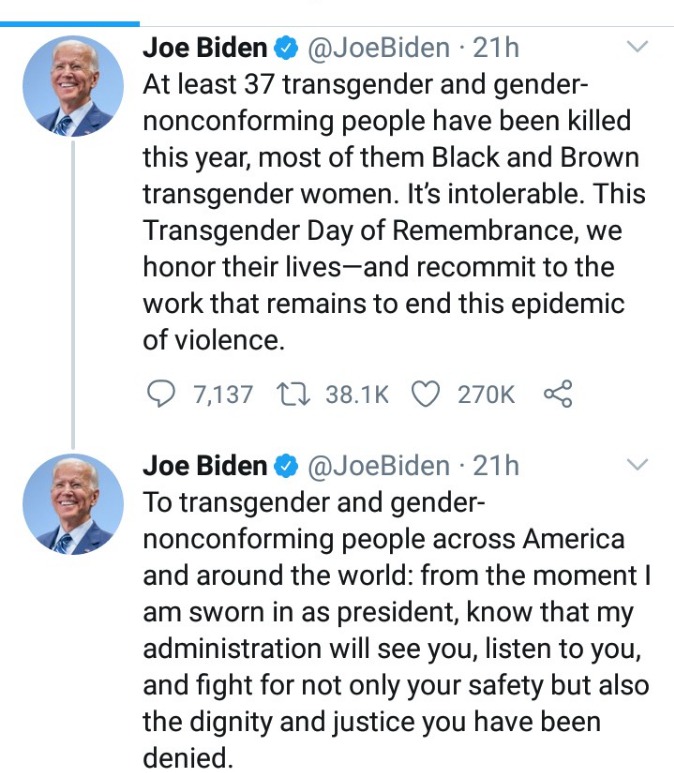 
What do you think about this? Is this a wise decision?