Olympic track cyclist Kelly Catlin helped lead the U.S. to a silver medal at the 2016 Summer Games. On Friday, her family said she was found dead in her dorm room at Stanford University.

Catlin, 23, killed herself on Thursday night, according to her father, Mark Catlin. It was reportedly her second suicide attempt since January.

Her father told The Washington Post that Catlin was a “warrior princess,” and that “part of her undoing was her personal code. She gave 110 percent to whatever she was doing.”

Catlin helped lead the U.S. women’s pursuit team to the silver medal during the games in Rio de Janeiro in 2016. Born and raised near Minneapolis, Minnesota, she rose to prominence on the track as a member of the U.S. national team.

A triplet, the graduate student’s siblings took to social media following their sister’s death to mourn her loss. Her brother, Colin Catlin, wrote she was “the one person I had shared almost my. entire life with, and I shall miss her terribly.”

He told The Post that, together, the triplets “were a massive ball of energy,” and he “could always see the three of us taking over the world.” Their sister, Christine Catlin, shared similar sentiments, saying: “We were the Catlins, so we were this force.”

But in January, Catlin’s father noticed a difference in his daughter. He told the newspaper that “she was not the Kelly that we knew.”

“She spoke like a robot. We could get her to talk, but we wondered, ‘What has happened to our Kelly?’”

Catlin’s sister said that the cyclist wrote an email to her family in January that, “She was suicidal, her thinking was really dark, and she had taken to nihilism. We called police the moment we got the email and they got there in time to save her that time [from suicide].”

In February, the month after her first reported suicide attempt, Catlin penned a piece for cycling news outlet VeloNews, in which she described how hard it was juggling both studying computational mathematics at Stanford and competing for the national team for USA Cycling.

She wrote, “Being a graduate student, track cyclist, and professional road cyclist can instead feel like I need to time-travel to get everything done. And things still slip through the cracks.

“So how do I balance three competing (no pun intended) careers? Easy. I don’t balance them.”

Catlin detailed what she described as a “cliché” — that the “greatest strength you will ever develop is the ability to recognize your own weaknesses, and to learn to ask for help when you need it.” She wrote that she had only recently learned this, “slowly and painfully.”

USA Cycling President Rob DeMartini said in a statement released Sunday that Catlin “was more than an athlete to us,” and called her loss “devastating.” 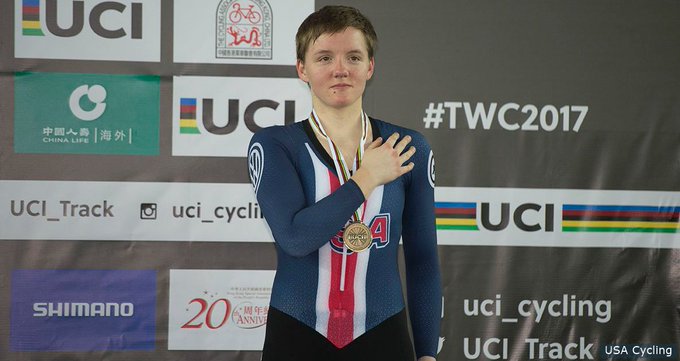 “We are deeply saddened by Kelly’s passing, and we will all miss her dearly,” DeMartini wrote. “We hope everyone seeks the support they need through the hard days ahead, and please keep the Catlin family in your thoughts.”

If you or someone you know is considering suicide, please contact the National Suicide Prevention Lifeline at 1-800-273-TALK (8255).

5 Reasons Why Copping Sneakers Has Become A Nightmare

Cristiano Ronaldo Shows Off His New Hairstyle, Is It Ugly? (See Photo)