Drake got under everyone’s skin last night during Game 4.

It was a big night in Toronto on Tuesday. Toronto Raptors tied up the Eastern Conference with the Milwaukee Bucks but surprisingly, that hasn’t been the biggest news story to come out of the game. The Raptor’s Global Ambassador, Drake, was sitting courtside, as usual, where he not only cheered on his home team but also heckled the opposing team within earshot. He gave the Raptors Head Coach Nick Nurse a massage during the fourth quarter and even more, laughed at Giannis Antetokounmpo for missing free throws. 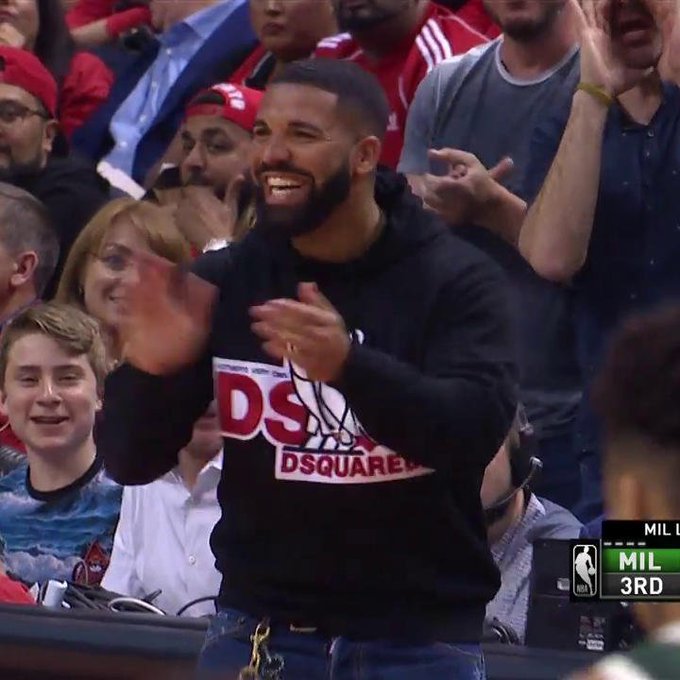 TO WATCH THE VIDEO TAP HERE AND CLICK "GET STARTED"

Mike Budenholzer, the head coach for the Bucks, blasted Drizzy for his behavior courtside and even diminished the rapper’s role as the Global Ambassador for the Raps.

“I don’t know of any person attending the game that isn’t a player or coach that has access to the court,” Budenholzer said. “I don’t know how much he’s on the court. It sounds like you guys are saying a lot […] There’s certainly no place for fans—or whatever exactly is what Drake is for the Raptors—on the court. There’s boundaries and lines for a reason. The league is pretty good about that.”

“Imagine a gig & an athlete on VIP seats, right next to the band, stands up on the stage just to show off during the entire game, knowing cameras are on him, occasionally even massaging the singer. Security&him both allow it. Never seen anything as disrespectful as this before…”

Drake Casually Responds To Reports That His Courtside Antics Are "Disrespectful