Burna Boy Crowned The “Graceful King Of Afrobeats” By UK Newspaper, The Guardian.

Nigerian singer, Burna BoyBREAKING NEWS: Beyoncé’s “The Lion King” Album Features Wizkid, Burna Boy &#038; More has been crowned the King of Afrobeats by The Guardian Newspaper in the UK.

Burna Boy’s sold-out show at the Wembley area broke records as he became the first Afrobeat artiste to sell the arena. The show which is off his African Giant tour” was very massive and  impressive one and had critics hail him

According to the article published by the newspaper, the show was a coronation for a Nigerian pop star bringing Africa to the world. It also explained that the African Giant is on a mission to remind Africans everywhere about their roots in the continent, and Afrobeats is his tool. The show got a five-star rating from the UK newspaper. 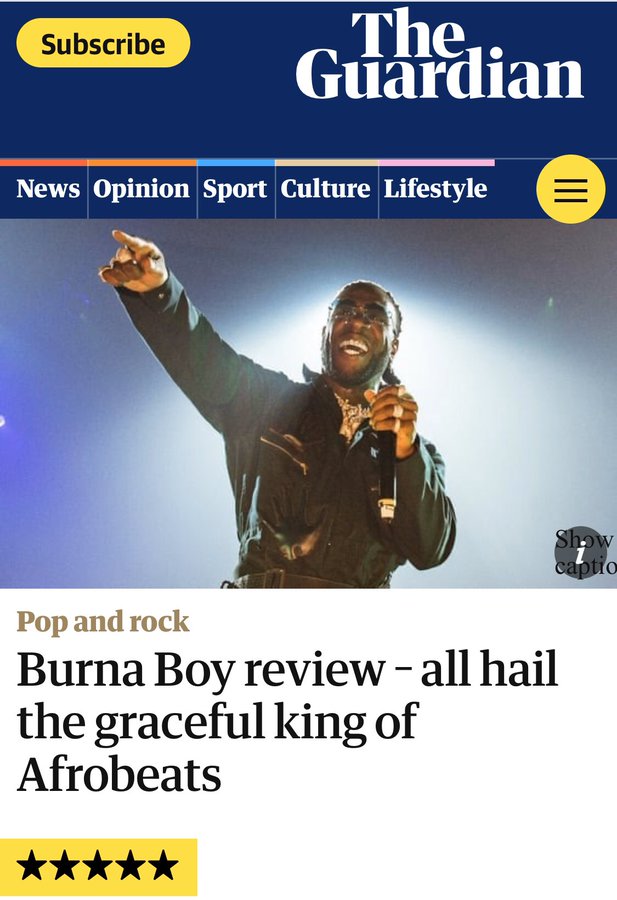