Former heavyweight champion, Anthony Joshua, will face Andy Ruiz for the second leg of their showdown to hold in Saudi Arabia on December 7.

With barely five days to the much-anticipated rematch, a report from Saudi Arabia has confirmed that the British-Nigerian born fighter will rake in a staggering $85 million whether he wins or loses the fight.

The rematch, dubbed clash of the dunes, was scheduled to hold in Cardiff City after Joshua triggered a rematch clause in his contract with Ruiz’s promoters. 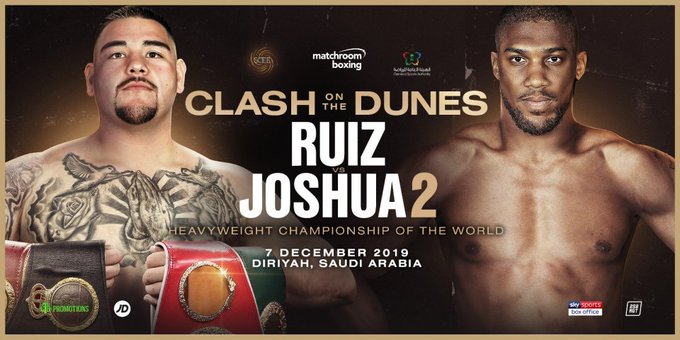 But in a sudden turn of event, the oil-producing Arab nation toed in with a massive offer with promise to build a 15,000 capacity stadium where the fight will hold.

And Riyadh Newsflash, a popular media outlet in Saudi has reported that the British born Nigerian heavyweight star will fall in fortune of whopping $85 million should he lose or win. 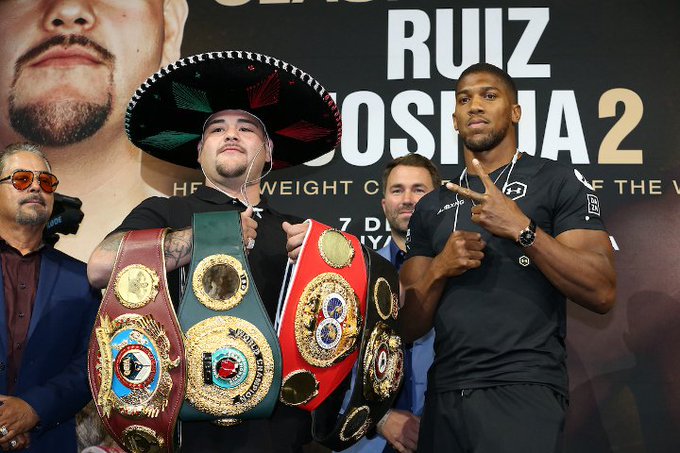 Spotify Wrapped 2019: Drake and Ed Sheeran among most-streamed artists of the decade

Rich men should marry more than one wife’ – Counselor Lutterodt

Abraham Cries In Dressing Room, After Being Called A Championship Striker By Lampard