What used to be a fun hobby has become an unfortunate chore.

Whether or not you’re a sneakerhead, we’ve all had that shoe store experience as a kid where our parents promised that we’d be leaving with a fresh pair of kicks. You get to the store and you immediately scour the walls looking for the pair that will make you look like the flyest kid at school. As a child, the shoe wall looms larger-than-life: it appears to go all the way up to the ceiling and there are simply too many models and colorways to choose from. While it may seem like a futile exercise in decision-making, you squint your eyes to take all the options in, and finally you stumble upon the pair that your heart desires.

Once you’ve made up your mind, you go up to the employee and ask if they have your size in that particular shoe. You watch as they head to the back of the store where they keep all their stock. From there, you wait with anxious excitement to see if they emerge with a box in their hands. If they do, it’s time to sit down on that typical shoe-store-bench, and try on the kicks. You walk around for a bit, grounding your heels into the floor and shifting your feet as you “test” the sneakers– and hopefully, your parents will make good on their promise.

It’s moments like this that made me the sneakerhead I am today. Being able to touch and smell a pair of shoes before bringing them home brought me a joy that I’m sure many other sneakerheads can identify with. Unfortunately, it’s a feeling that has become nostalgic, rather than something that has remained consistent.

Copping shoes has become a chore. Instead of being something that brings me joy, it’s something that causes me a lot more stress and anxiety than it should. Here’s why.

Online shopping is a wonderful thing. You can buy pretty much everything from the comfort of your own home. When it comes to limited sneaker releases though, the internet creates some pretty frustrating barriers that you have to deal with.

Each sneaker company has their own unique way of dealing with online releases. For instance, when Adidas drops a Yeezy shoe, instead of dropping it on the website as per usual, they force consumers to go through a splash page. The splash page acts as a waiting room of sorts. Every so often, the splash page refreshes and allows a handful of people into the actual purchase section of the website. While this sounds like a great idea on paper, it’s not on a first come first serve basis. Instead, it’s completely random.

This means that you could get onto the website at 10 A.M. right when a shoe drops and still miss out to someone who entered the splash page at 10:45 A.M.

As for Nike, they use a first come first serve method on their website– except, more often than not, the website ends up crashing. There’s nothing more frustrating than having your finger on the mouse ready to pounce on your size and add it to your cart when all of a sudden you get a “404 Error” message.

Copping the shoes in person at your local Foot Locker or boutique sounds like a much better idea but the problem is that when it comes to some of the best releases, stores just don’t receive them. Long lines that result in grumpy consumers have led some companies to put an end to in-store releases on hyped shoes.

When brands do decide to release a hyped up sneaker in-store, they do a raffle. Raffles are a game of chance that completely eliminates the first come first serve element. Long gone are the days of camping outside of a store in anticipation of a release.

The problem with raffles is that you have zero control over whether or not you get the shoe.

Probably the best example of the raffle system is the Nike SNKRS app. This is an online-exclusive raffle system that has given sneakerheads a lot more L’s than W’s. Just check Twitter during any big SNKRS release and you’ll see a whole lot of upset customers. Sure you’ll see the occasional dub here or there, but the ratio of losses to wins is staggering.

79 people are talking about this 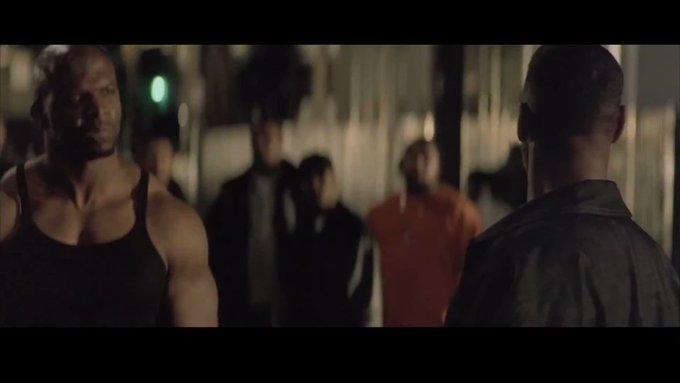 Me when Nike SNKRS app gives me my 10+ L on any kind of drawing:

75 people are talking about this

Raffles also benefit resellers who don’t like to put in the effort when it comes to copping shoes. For instance, someone who simply wants to get the shoes at retail so they can cash in on the hype can easily enter every raffle possible to stack the odds in their favor.

Bots are the bain of every sneakerheads’ existence when it comes to online releases. This doesn’t necessarily apply to Nike or Adidas, but more so the smaller boutiques that don’t have the backend capabilities to prevent bots from ravaging their websites.

For the uninitiated, bots are typically a piece of technology you can download which allows you to track sneaker releases and have the software automatically cop shoes for you. The person controlling the bot usually sets it up beforehand and tells the bot how many pairs of a specific shoe they want. The second the shoe is released, the bot goes into the backend of the website and purchases it faster than any human could.

Things are starting to improve on the bot front though. Boutiques are now figuring out which orders are coming from bots and which are coming from legitimate consumers. This has led stores like Deadstock in Canada to rerelease a given shoe after refunding all of the illegitimate purchases.

Perhaps the best example of a boutique destroying bot owners was when Kith released a full-size run of Prestos in an off-white colorway on their website. While the pair was simply a general release, many resellers confused them for the Virgil Abloh Off-White Nike collab which typically resells for over $1000 USD. Naturally, the resellers attacked the website with their bots and the shoe sold out. When the buyers caught on to the fact that they had bought a shoe they didn’t want, they tried to get refunds. In the fine print, Kith had stated that the shoes were non-refundable as they had an inkling that something like this would happen. Many were angry, but they have no one to blame but themselves.

While the previous three hindrances I mentioned are pretty bad, perhaps backdoor deals are the worst because not only are they preventable, they are illegal as well.

Backdoor deals are when an employee at a store sells pairs to people before the actual release. This ultimately creates a decrease in the expected stock numbers and a distrust between the consumer and the store. Usually, a backdoor deal will occur when an employee has friends who want the shoes and they keep some of the store’s stock to the side to accommodate them. It’s not always easy to prove, but some people have been able to catch stores red-handed. 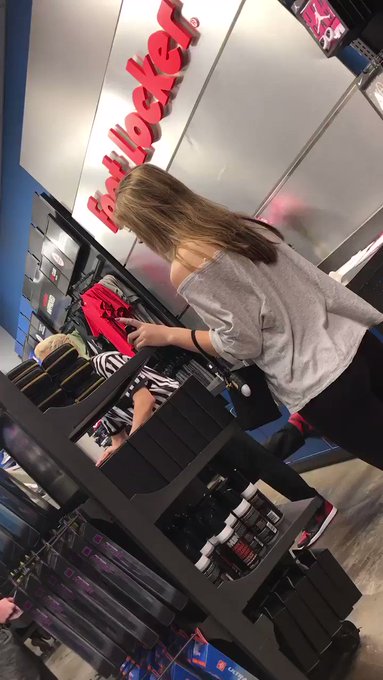 waited 4 hours to be lied to manager back doors 6 pairs of royals right in front of me,@footlocker this needs to be addressed, unacceptable

For instance, this man at a Foot Locker took video footage which shows an employee going into the back and handing someone a pair of Jordan’s despite previously telling the man behind the camera that they had sold out. In another instance, an employee at Shoe Palace was allegedly caught selling Chicago Air Jordan 1’s to resellers after telling customers over the phone that they wouldn’t be having any in stock. It’s these situations that can make copping shoes an absolute nightmare.

Shoe Palace is aware of an incident at our Montebello location. It’s a matter of concern to us & we are handling it internally at this time.

250 people are talking about this

5. You can’t even try on the shoes anymore

This problem doesn’t really apply to general releases but more so the hyped-up releases that drop in limited numbers.

Whether you cop a shoe via a website, in-store raffle, camp out, or hell, use a bot, you can’t try on the shoe before buying it. As I mentioned in my nostalgia-ridden prologue, one of the greatest feelings in the world is being able to take a pair of sneakers out of the box so that you can try them on in the store to see how they look and feel.

With online shopping, picking up shoes can be a gamble. Sometimes shoes don’t fit true to size and you end up paying big money for something that doesn’t fit. The worst is when you buy something that you think will look good but you realize that your feet don’t really suit the silhouette.

Even when picking up a shoe in-store after winning a raffle, retailers don’t want you trying anything on because of the volume of people in the store.

Not being able to try on what you want to buy ultimately takes power away from the consumer and robs people of an integral part of the retail process.

Yet, despite all of this we’re all still going to do everything we can to get our hands on the next sneaker that catches our eye…How about you?

Family of Kelly Catlin, Olympic cyclist who committed suicide, opens up on her struggles: 'What has happened to our Kelly?