Former Vice President Joe Biden’s handling of Anita Hill’s sexual harassment allegation against then-Supreme Court nominee Clarence Thomas is once again in the headlines, ahead of the next round of voting in the Democratic presidential primary.

On Tuesday, voters go to the polls in Michigan, the most-delegate-rich prize of the six states that cast ballots on March 10.

“Q: Who silenced Anita Hill when she was trying to speak out about Clarence Thomas?,” she tweeted last week, “A: Joe Biden”

Q: Who silenced Anita Hill when she was trying to speak out about Clarence Thomas?

38.7K people are talking about this

Chicago mayor Lori Lightfoot endorsed Biden for president on Friday, and Politico called attention to her previous criticism of Biden over the Hill-Thomas matter.

“I don’t think Anita Hill needs his apology,” she said in a 2019 interview on the political news site, “but give an account of your behavior with a lot of hindsight. I don’t know that he’s successfully done that yet.”

Former Republican Sen. Orrin Hatch, R-Utah, told Fox Nation that Biden confessed to him during the proceedings that he did not believe Hill, which directly contradicts what Biden has publically said on the topic.

In 2017, appearing at a Glamour’s Women of the Year event in New York, Biden said that he “believed Anita Hill” during the Thomas hearings.

During an interview on ABC’s “The View” in April, shortly after Biden launched his current presidential campaign, Biden said “I believed her from the beginning. I was against Clarence Thomas. I did everything in my power to defeat Clarence Thomas …”

Several days later, during an interview on ABC’s “Good Morning America,” Biden said again, “I believed her from the very beginning.”

Biden’s version of events have also been contradicted by Armstrong Williams, a radio host and former colleague of Thomas.

“Biden made it clear that he’d spoken to Metzenbaum, Simon, and Kennedy and said clearly, ‘We don’t believe these charges and nor does the evidence support it,'” said Williams on Fox Nation’s “Deep Dive,” in reference to the late senators, Howard Metzenbaum, D-Ohio, Paul Simon D-Ill., and Teddy Kennedy D-Mass., who were also members of the committee that heard testimony from Thomas and Hill.

Williams continued, “In the end, Biden assured [Thomas], repeatedly on the phone and in person, ‘Clarence, you will be confirmed’. And he was.”

Biden has apologized for the way Hill was treated during the hearings, but he has defended his own conduct.

In April, Biden had a private conversation with Hill during which he expressed his regret for the treatment that she received, but she reportedly wasn’t satisfied with his comments. 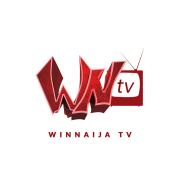 Churches, Schools Should Be Closed Till 2021, Everyone With BVN Should Receive N50,000 Monthly (Opinion)

The Inspiring Story Of The Nigerian Who Founded Tecno And Infinix

See The First State In Nigeria To Produce Electric Tricycle, Keke Without Exhaust

Lockdown: All Markets, Churches, Mosques, Banks Should Be Closed From 13th July (Opinion)